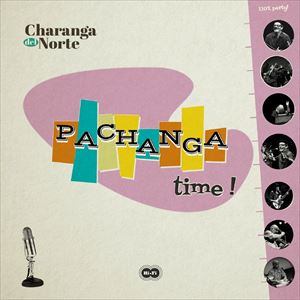 This event is for 18 and over - No refunds will be issued for under 18s.

Leeds/UK salsa/Cuban/Latin music pioneer DJ and promoter Lubi Jovanovc celebrates 40 years working in music this year (1982-2022). He's throwing a few special parties in Leeds to celebrate this landmark including a big live Cuban/salsa/Latin jazz event at The Wardrobe on Friday 10th June. The venue has been the centre of Lubi's live Latin music shows for over 2 decades now, ever since he brought his legendary 90s night Casa Latina here in 1999. This gig will also be in the fringe program for inaugural Leeds Jazz Festival which is happening across the city from 1st-12th June.

There are two bands playing. One he has worked with since 1999 (Charanga Del Norte) and one which is a brand new band of musicians studying at Leeds Conservatoire today (Rumberos De Palo). A hot night of Cuban music and rhythms, New York pachanga sounds and smoking Latin jazz. Definitely the live Latin music show of the summer in Leeds.

?Charanga del Norte? (Charanga from the North) was set up in 1998 in Leeds by the bandleader/flautist Sue Miller. They are a 12 piece group of ?eeds and London musicians who play Cuban dance music (son, mambo, cha cha cha) in the classic "charanga" style featuring flute, violins/viola/cello, piano, bass, congas, timbales, hand percussion and vocalists. They played their first live shows at DJ Lubi's legendary Casa Latina nights in Leeds, including at The Wardrobe.
For those unfamiliar with "charanga", it's a fusion of European musical styles and instrumentation with African rhythms and percussion instruments. Charanga's roots are in "danzon" music which evolved in the 19th century in Havana. In the 1940s, danzon and charanga were modernised and gave birth to the "mambo" and by the 1950s, charanga would spread to New York, taking the mambo and it's slower cousin the cha-cha-cha to the Big Apple. Charanga became hugely popular there with the Latin American diaspora communities as well as the non-Latin mambo dancing crowd and a New York variant of charanga called "pachanga" became popular at this time. Charanga del Norte play both styles.

They have released 5 albums since 2008 and celebrated over 20 years in the business with the launch of their latest album Pachanga Time back in the summer of 2020. It was also their first vinyl release. It had great responses worldwide, from Colombia to Tokyo, New York to Copenhagen. However, due to the covid pandemic, they couldn't gig to promote the album. So this will be the belated Pachanga Time album launch and also the first Charanga Del Norte live show in over two and a half years.
Since this show is part of the Leeds Jazz Festival, the support band is Rumberos de Palo, a Leeds-based Latin jazz band led by Spanish trumpeter Víctor Estévez. Victor was born in Arganda del Rey, a town near Madrid, and grew up surrounded by bolero, flamenco and Latin jazz albums. Having participated in numerous salsa, jazz, flamenco and latin jazz projects, both in Spain and the UK, he arrived in Leeds a year and a half ago to study at Leeds Conservatoire and quickly immersed himself into the city's buzzing jazz scene. He formed this new Latin jazz band earlier this year featuring some of the best musicians at the conservatoire. They are :
bass: Guy Bathgate, drums: Matías Gorlero, percussion: Miles Pillinger, congas: J.J. Petrie, piano: Joseph Frost-Tesfaye, tenor saxophone: Gustavo Andrade, trumpet/band leader: Víctor Estévez. Together they play a great mix of Latin jazz, mambo, son Cubano, cha cha cha and even bolero. A perfect combination for the dancer or the listener.

Before, between and after sets, DJ Lubi will play his trademark mix of salsa and Cuban music (son Cubano, cha cha cha, mambo) to keep the dance floor busy (just as he's done for the last forty years across the UK and abroad), and delivering another great DJ Lubi night of live Cuban, Latin and salsa music in Leeds at The Wardrobe.